Nestle in the Lap of Nature at WelcomHeritage Ferrnhills Royale Palace

The moment you lay your foot on the lands of Ooty, it will transport you to the bygone era of colonization and the affluent life of the past. The British had taken over the ‘Queen of Hills’ under its realm to serve as their mesmerizing and opulent summer retreat. Although colonialism has been ripped up from the roots in India, Ooty has still preserved its ethereal beauty with a whisper of charming English influence and still holds the title of Queen of Hills in India.

Flanked by the mighty Nilgiri hills, the exhilarating air of Ooty gets perfumed by the thick blanket of eucalyptus forests and boundless estates of cardamom and tea plantations. Amidst this quaint scenery of Ooty stands opulent summer palace of the Royals, which once served as the earliest club hotels during the times of British Era. Eventually, it was acquired by his highness ChamarajendraWadiyar from the English and now stands as one of the regal heritage hotels in Ooty - WelcomHeritage Ferrnhills Royale Palace.

The architecture of the palace is a picturesque blend of gothic, regency and neo-classical renaissance, and just the right touch of modern comfort and fine amenities to give the guest a taste of true luxury hotel in Ooty.

So, escape from your daily hustle into the lap of Mother Nature and the best hotel in Ooty, WelcomHeritage Ferrnhills Royale Palace. 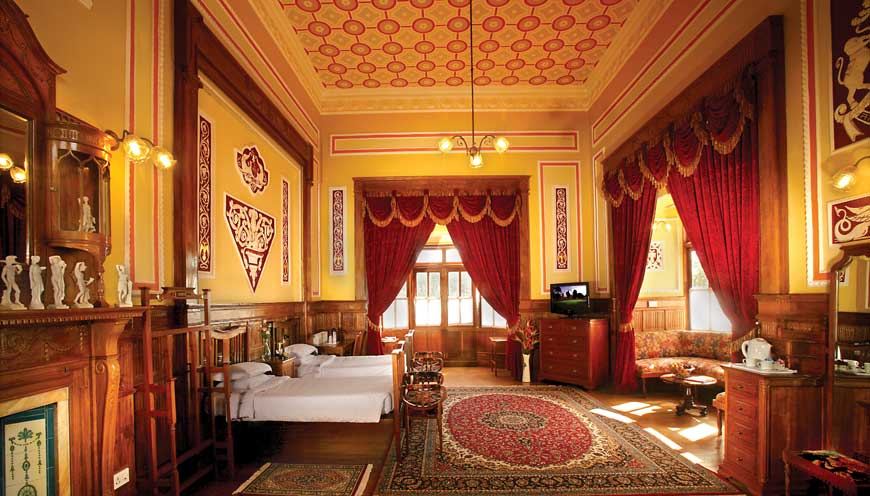 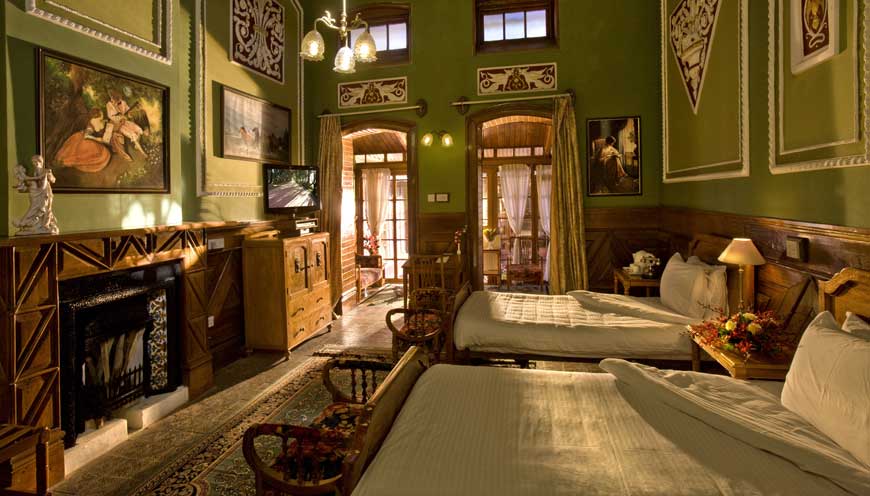 Lost your password? Please enter your email address. You will receive a link to create a new password.

Delight in every step you take, these royal Palaces with their lush gardens, beautifully blending contemporary designs that run seamlessly into the historic grandeur of heritage, crafting elegant and majestic, unique experiences in various destinations across India. WelcomHeritage brings to you a curated set of Palatial and majestic experiences that will give you a taste of the Royal Lifestyle. Perfect living spaces, coupled with tantalizing local gourmet cuisines and someone to pamper you at every step you throughout your journey, these experiences are one in a lifetime. Take a look at our various Palatial experiences and click on them to learn more:

Do you want to escape the summer heat and get lost in the mountains? Would you like to become one who is close to nature yet experience the pinnacle of comfort with great food and hospitality? Look no further, WelcomHeritage offers you alluring hill and mountain retreats all across India with a touch of pure Indian Heritage. Just drive down to the nearest Hill resorts in India for a mesmerizing holiday experience and create vivid memories. Take a look !

There are plenty of Palace Hotels in the world offering great services but what about a Legend Hotel with a dash of bespoke experiences to tantalize you and grave your memory with these unique experiences? A private breath taking lake Palace in a Royal city or perhaps exclusive private sand dunes attached to a Palace in Rajasthan? Or if you'd like to taste the lifestyle of the British Raj, then Darjeeling is just the place for you. All these Legendary Experiences will leave you wanting to come back here again for more ! We are all set to spoil you with choice, take a look !

Simple yet special, elaborate yet personal, soulful yet comfortable are words that bathe your soul as you enjoy our SPA abodes in your space and time of leisure. Fully customized and fresh therapies enriched with natural ingredients enhance your SPA experience in these tranquil SPA getaways in India under WelcomHeritage. A healing that doesn't end, but that lasts with you, forever. Take your soulful pick!

Have you turned a new leaf? Have you turned spiritual? Are you inclined towards pilgrimage? What you need is a comfortable place to stay that offers a spiritual holy experience and brings you closer to pilgrimage endeavors. WelcomHeritage offers you apt spiritual experiences. How about a heritage hotel right on the banks of the Ganges with a private ghat to offer your prayers or a Buddhist abode in the hills of Dharamshala? Too holy and spiritual to put down!

CLOSE TO THE SEA

A heritage hotel reflecting the charm of the Indo Portuguese lifestyle perched in the Historical Fountainhas of Goa, the most loved holiday destination in India. Be close to the beautiful beaches of Goa and enjoy your vacation along with gourmet cuisines from around the world, with an emphasis on the local spicy Goan Cuisine. This is one of our unique experiences that will surely make you our loyal guest whom we would love to serve for a lifetime!

Are you chasing away the noisy lifestyle of the cities in exchange for some Peace? Perhaps a short drive to a quiet and elegant French Chateau or a heritage hotel in the picturesque villages of India or may be just a lovely expansive fruit orchard in a heritage village or town? Your chase has quite come to an end with our 'Quiet getaways', take your pick!

Fresh-water springs, rivers, wildlife parks, silent hills, exuberant mountains, lakes and valleys that bring you so close to nature that when you are here you will feel one with the Earth. WelcomHeritage brings to you a curated collection of fine Nature resorts in India, each of them offering a unique experience and a great stress busting vacation.